Only a young mind could have come up with something so simple, yet so fundamentally fun and addictive.

Just four weeks before his ninth birthday, my son Leo announced from the back seat of our car that he’d decided it would be a good idea to make a game that would teach children the difference between healthy and unhealthy foods. I like to think that this may have been inspired, in part, by the efforts of his mum and I to steer him towards fruit and veg rather than allowing him to follow the insatiable appetite of his sweet tooth. Luckily his dad is a dab hand at all things technology based, so I gathered a few colleagues and we put our heads together to see if we could bring life to his vision.

Leo’s idea was that a little character called Lug, a jolly blue fellow, would be rained on from above by all manner of foods which the player has the power to feed him with (by swiping them into his mouth). Let him gobble up healthy foods and you score points, feed him too much unhealthy food and he ends up very unwell indeed. A leader board keeps the game competitive for children of all ages, and those as young as two years old have played, enjoyed and understood the concept of the game.

By teaching Lug what healthy food looks like, children teach themselves to identify a healthy diet. 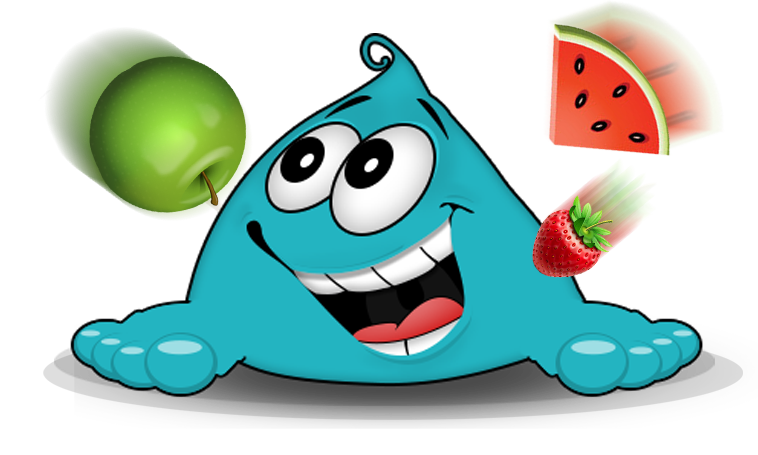 This project has so far been entirely self-funded and, as well as instructing some excellent game developers, we have invested a considerable amount of time and resources from our own agency to create a highly refined finish to the completed game.

Through word of mouth via family and friends, as well as through the Twittersphere where a few celebrity early-day fans supported us with retweets, we achieved an encouraging number of downloads. But this was simply our beta test for Leo’s game. Now we are looking for ambassadors, endorsers and advocates – individuals and organisations that could help us to ensure that Food Swipe will be enjoyed by a far wider audience.

We are looking for partners who are as keen as we are to fight childhood obesity, who would enjoy being part of an edutainment revolution, and who could lend their name to our little game.

Currently downloadable for free, we will soon be introducing in-app purchase options for users to access even more fun features. Profits will be reinvested into further development of the game and a percentage will be ring-fenced for donations to our favourite children’s charities.

Leo and the team would like to thank you for taking the time to find out a little more about Food Swipe. And, if you would like to be involved in any capacity, from Twitter fan to game ambassador, please do contact me, Anthony Mixides on 020 8886 4890 or at anthonyandleo@food-swipe.com